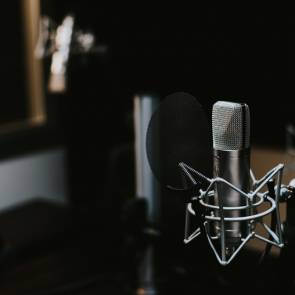 “I thought my boiler was meant to last 20 years!” exclaimed Jeremy Vine over the BBC Radio 2 airwaves recently, as he grilled Shadow Chancellor John McDonnell on Labour’s Green New Deal (to reach zero carbon emissions by 2030) and The Committee on Climate Change’s (CCC) recommendation that every home in the country will need a new boiler if we’re to stand any chance of significantly reducing carbon emissions from our homes – just one small aspect of the greenhouse gas debate.

The Shadow Chancellor stated, “It was always going to be an incredibly bold and ambitious target, but to tackle climate change we’ve got to find alternative ways to energise and heat our homes and public buildings.”

The reality is that with increasing pressure on scientists, manufacturers and government to find alternative ways to heat and energise our homes, change will come. What form change takes is still up for debate, but with impending changes on new building regulations and the way we’re currently heating our homes causing climate issues, a good first step is to replace your ageing, inefficient, carbon-heavy gas boiler with a cleaner, more energy efficient boiler, with modern controls, saving up to 50% of your home’s gas usage (if you’re switching from an old open flue boiler with limited controls.)  Some of our clients tell us that one year on, with their new boiler, upgraded pipework and controls, their gas bill has already reduced by 50%!

Because of changes in building regs, we won’t be allowed to install gas boilers in new homes after 2025.  It’s possible that future government may decide to stop all new gas boilers being installed even sooner, so it’s worth thinking about replacing that old gas boiler for a modern, cleaner alternative while you still can, so your home stays warm for the next 12-15 years. After that, who knows what the options will be!

We get lots of calls from customers when the first cold snap kicks in, frustrated that their aged boiler (and by aged, I mean over 10 years) struggles to respond to the sudden demand to heat the home, after months of minimal use over the summer months.

As the boiler ages, it becomes more inefficient, so fuel bills go up, emissions increase and it needs to work harder to heat your home, eventually packing up altogether.  So rather than wait for that to happen, when invariably you rely on it most, consider a more fuel-efficient, modern boiler whilst you’re still in control of when and how much you’ll need to spend.

We recommend Worcester Bosch condensing boilers, which with a lifespan of between 12 – 15 years, will not only lower your gas bills but, as we’re an accredited installer, come with a 10-year manufacturer’s warranty on most models.  The new boiler will need servicing annually for the peace of mind of reliable heating and hot water when you need it most, performing at its most efficient and complying with manufacturer’s warranty conditions.

Jeremy Vine is not alone in thinking that his boiler should last 20 years, but the reality is that it’s a completely false economy. That boiler will be costing more, using more precious fuel for the privilege.

Call 01590 671875 or use the contact form below for a no-obligation plumbing, heating or renewable energy estimate

Check us out on

We use cookies on our website to give you the most relevant experience by remembering your preferences and repeat visits. By clicking “Accept”, you consent to the use of ALL the cookies.
Cookie settingsACCEPT
Manage consent

This website uses cookies to improve your experience while you navigate through the website. Out of these, the cookies that are categorized as necessary are stored on your browser as they are essential for the working of basic functionalities of the website. We also use third-party cookies that help us analyze and understand how you use this website. These cookies will be stored in your browser only with your consent. You also have the option to opt-out of these cookies. But opting out of some of these cookies may affect your browsing experience.
Necessary Always Enabled
Necessary cookies are absolutely essential for the website to function properly. These cookies ensure basic functionalities and security features of the website, anonymously.
Functional
Functional cookies help to perform certain functionalities like sharing the content of the website on social media platforms, collect feedbacks, and other third-party features.
Performance
Performance cookies are used to understand and analyze the key performance indexes of the website which helps in delivering a better user experience for the visitors.
Analytics
Analytical cookies are used to understand how visitors interact with the website. These cookies help provide information on metrics the number of visitors, bounce rate, traffic source, etc.
Advertisement
Advertisement cookies are used to provide visitors with relevant ads and marketing campaigns. These cookies track visitors across websites and collect information to provide customized ads.
Others
Other uncategorized cookies are those that are being analyzed and have not been classified into a category as yet.
SAVE & ACCEPT